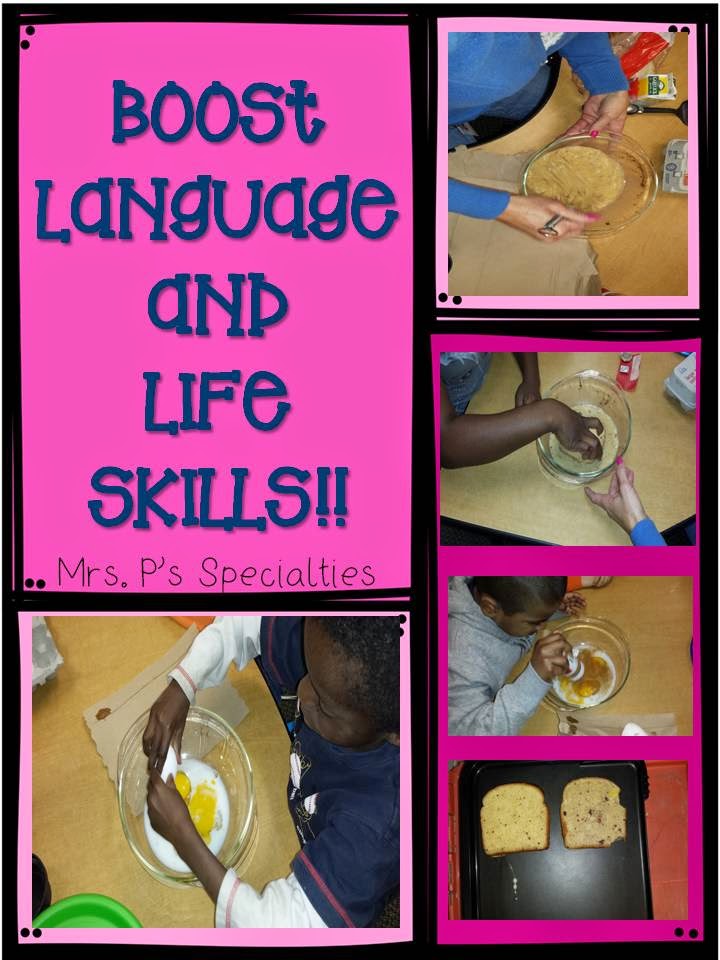 Do you do cooking groups in your classroom? Cooking groups are the perfect way to boost language skills, work on math skills and develop functional life skills.
I have a weekly cooking group in my program which focuses on language skills, carrying over the math skills we are working on and learning to complete fine motor life skills such as cracking an egg and whisking the batter.
We start cooking group by gathering up the ingredients and students try to figure out what we will be making. Then students take turns completing each step. This past week we made french toast. We began by measuring out milk with a measuring cup. We worked on numbers, reading measurements and labeling measuring cups. Then students had to use their fingers to crack the eggs: 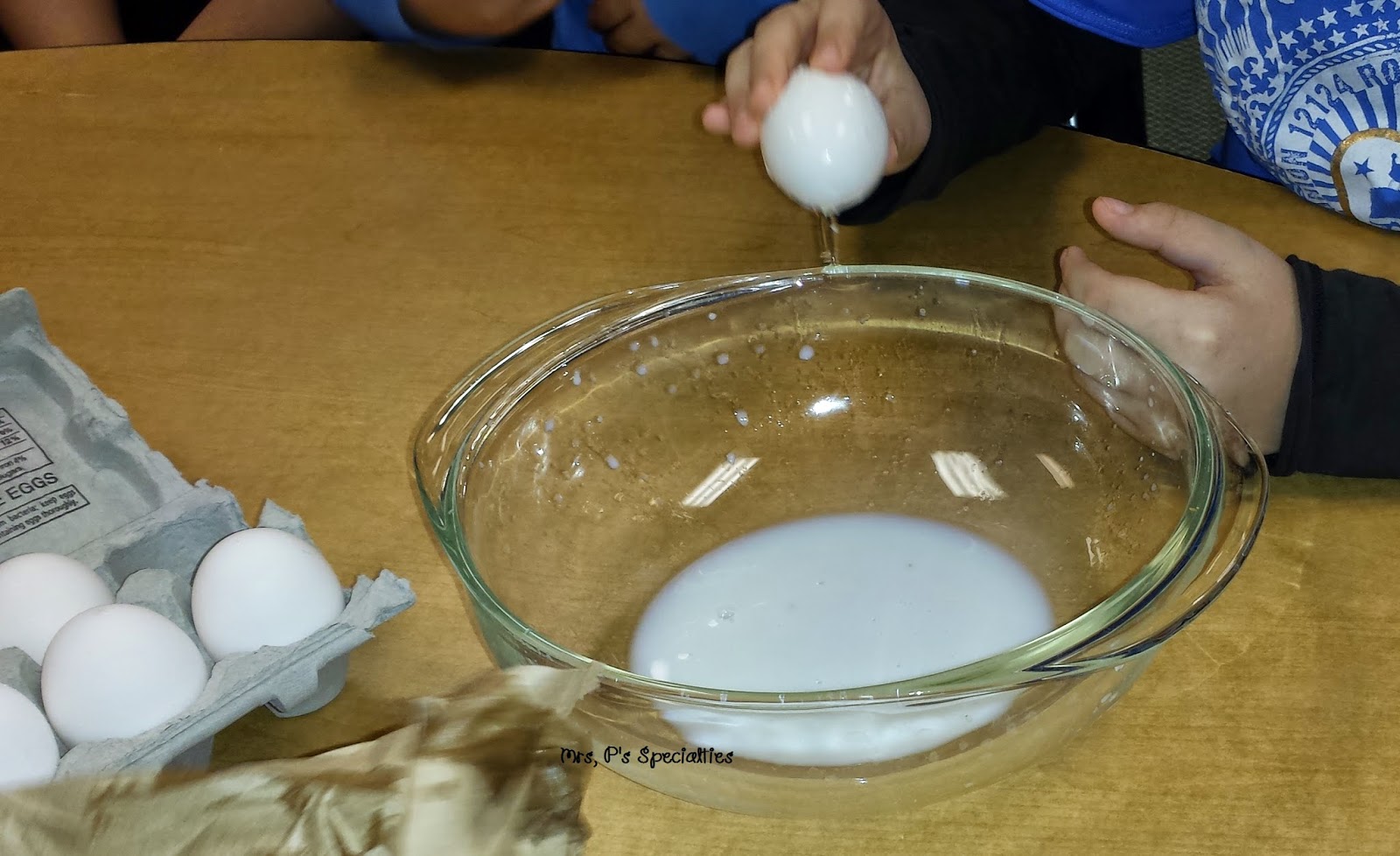 For students with sensory issues having the raw egg get on his or her hands can be difficult. You have two options…You could preset students before starting that their hands are going to get messy while cooking, but they can wash their hands AFTERWARDS. The other option is you could allow students to wash hands after both cracking the egg and flipping the bread in the batter (later step). Do which works best for your students and class.
After adding the milk and eggs we had to shake the cinnamon. I saved this step for students who have less fine motor control. 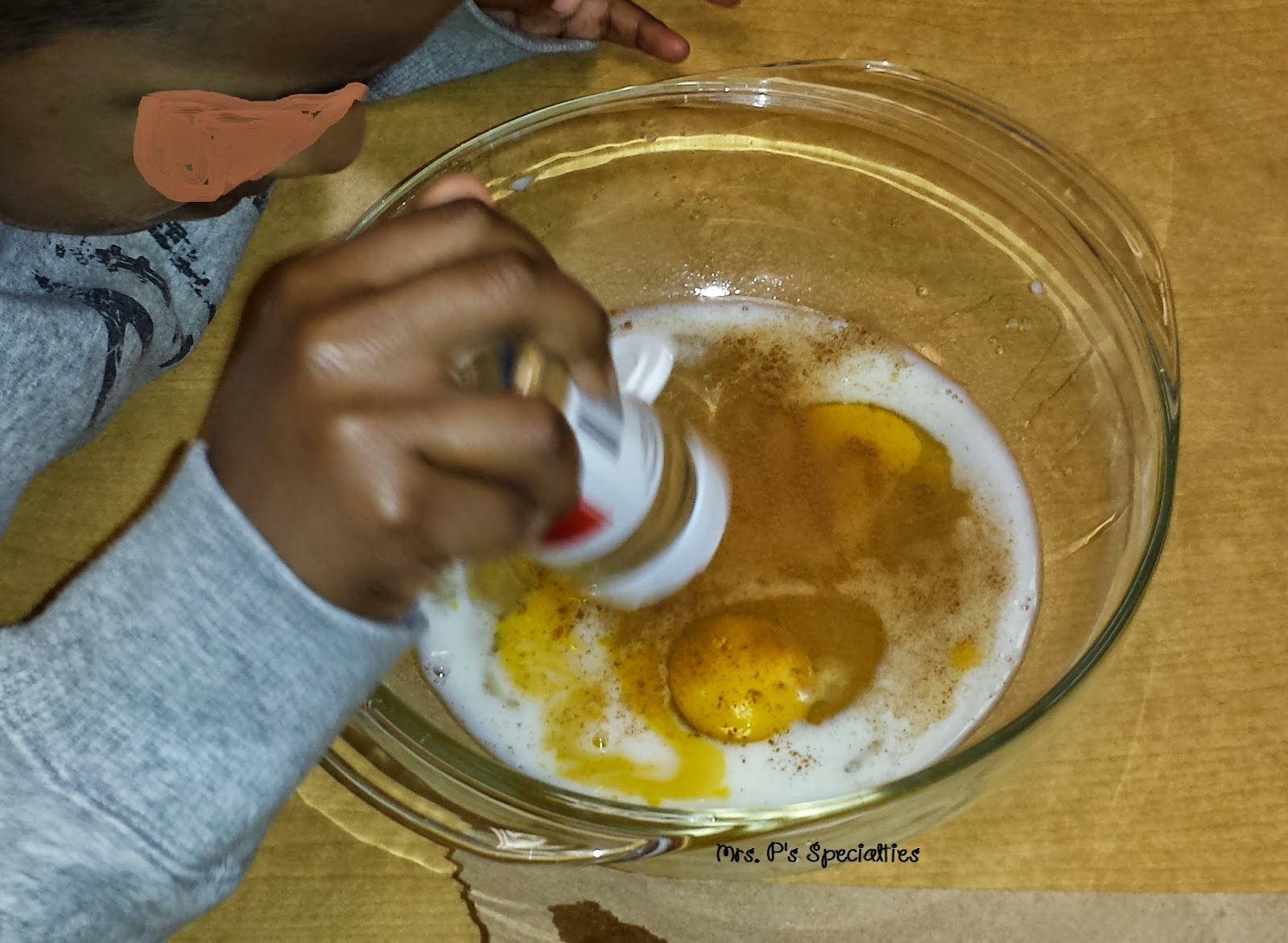 Next step was to whisk the eggs, milk and cinnamon together. Only one of my students knew what the whisk was called or what you do with it. We worked on learning the name of the whisk and the difference between stirring and whisking. Each student was then given a turn practicing the whisking action. 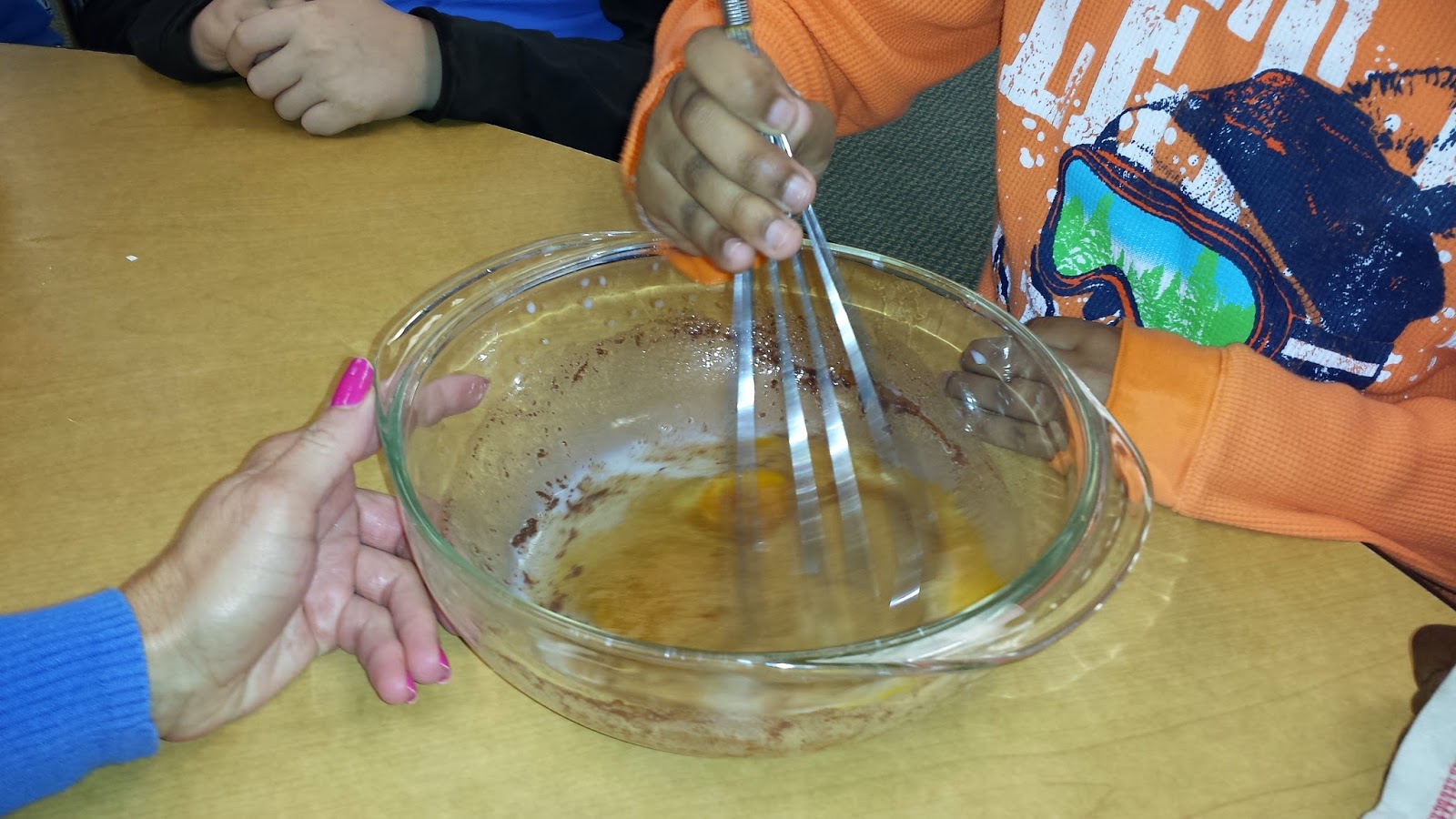 The last step for the students was coating their slice of bread in the egg mixture. Students had to use their fingers to press the bread into the mixture and then flip it over gently. Many of my students need practice regulating pressure when writing. This activity allowed students to practice similar regulation. If they gripped or pulled the bread too hard it ripped, but if they didn’t apply enough pressure and strength then their bread didn’t flip over. 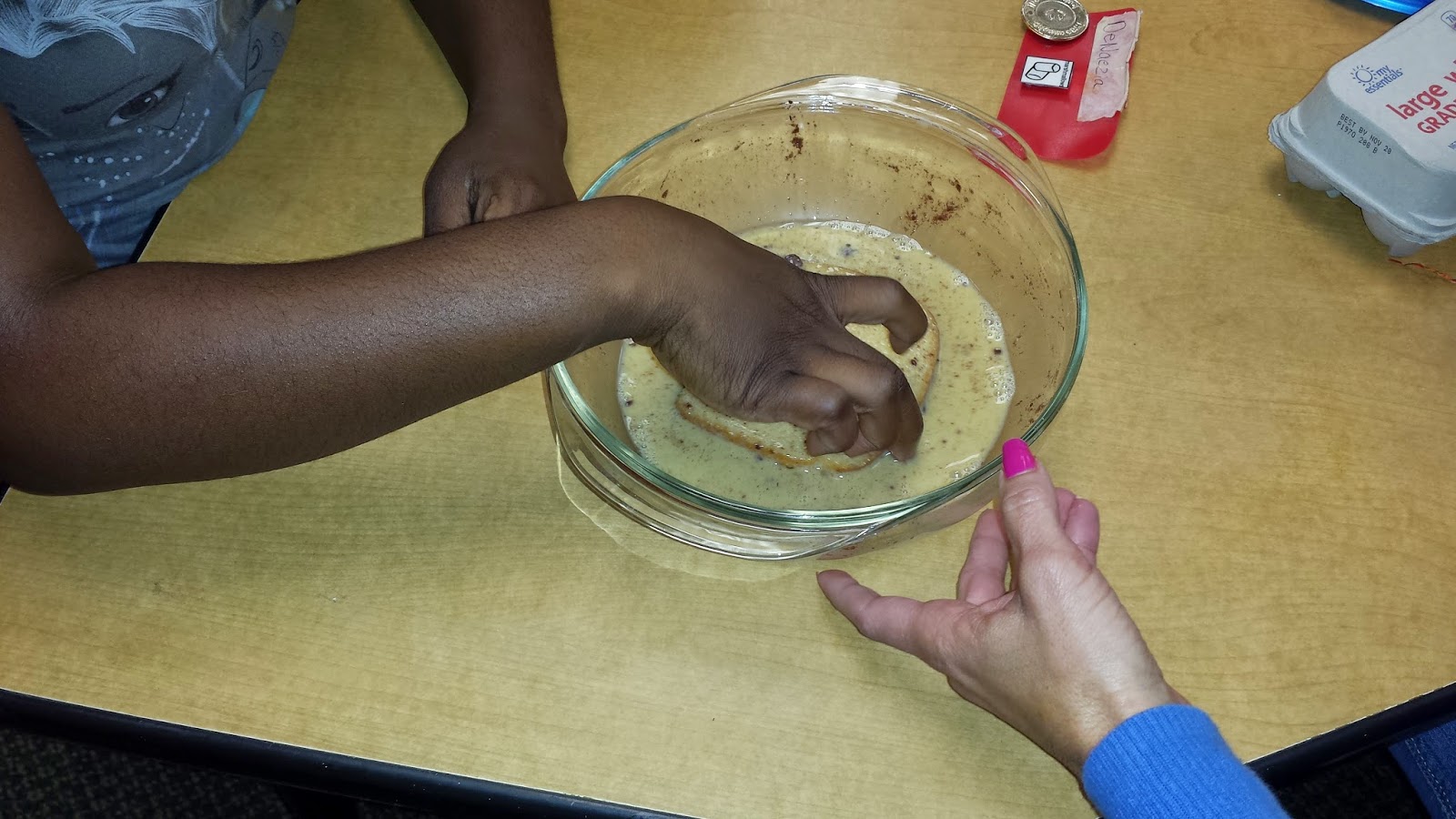 As you can see from the pieces of bread on the skillet not everyone was as skillful with turning their bread! 😀

Doesn’t matter what it looks like it was still yummy!
Cooking groups are terrific for generalizing math, fine motor and language skills. You can also work on expanding students’ food repertoire during cooking. Almost all of my students have feeding programs where we focus on expanding the amount and types of foods they are willing to eat. Cooking group is a great time to work on trying new foods!
~Pam
(Visited 36 times, 1 visits today)

Interactive & differentiated science units for the

"Put in" is a directive many of our students need

Teacher Hack! Insert an addition template into a p

⭐SPED TIP⭐ Our work isn't done when they maste