Do your students need prompting in order to learn and complete tasks? In special education, we often need to add prompts and cues in order to effectively support students. The promblem comes when we  don’t have a plan for fading the prompt. Read on for how and why we need to fade adult prompting. 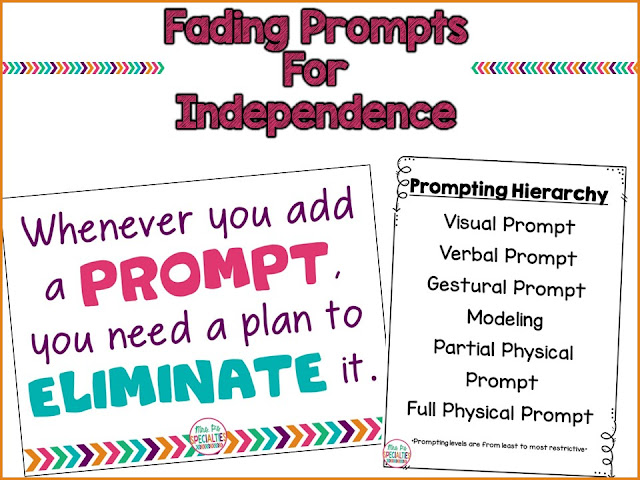 As special education teachers, we frequently need to add prompting to our instruction in order for our students to learn and complete tasks. That is absolutely OK! However, we also need to have a plan to reduce or fade out the prompt in order for students to be independent. For example, I once had a student who was given a prompt by staff when it was time to turn off the water when washing her hands. The problem was the student still needed that prompt when she came to my classroom the 2 years later. The longer the prompt goes without being faded, the harder it is for the prompt to be eliminated. 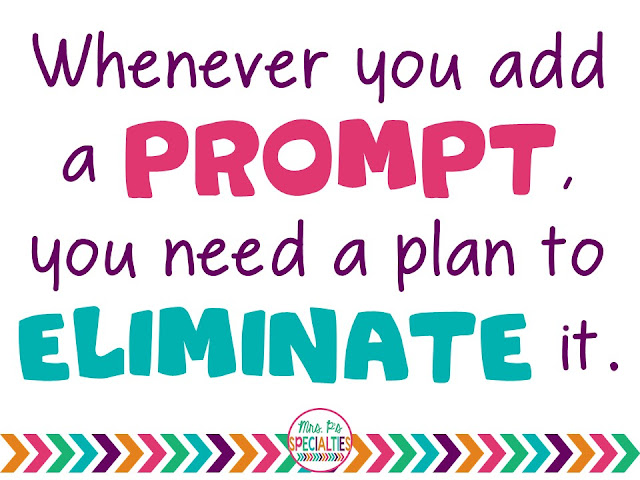 So now we know we need to fade our prompts, but how do we do it? Start by looking at the prompting hierarchy. 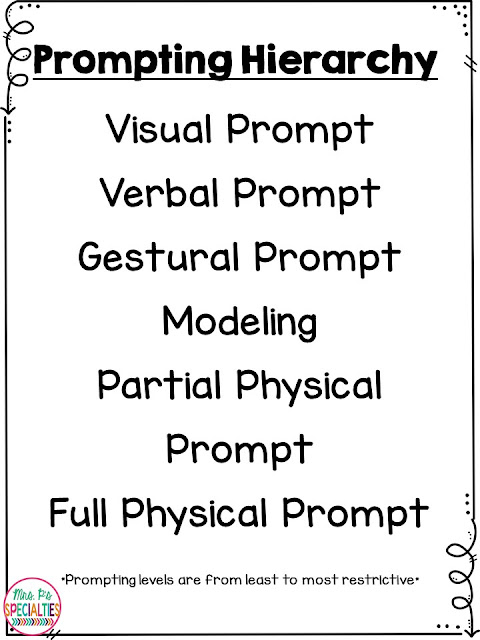 Another thing to keep in mind is verbal prompting can be very hard to get rid of. You can fade from saying a whole word to saying just the first sound of the word, but there isn’t an easy place to go after that. Some students won’t need another prompt, but some will. For those students that do still need a prompt after verbal prompting is faded, I generally use a gestural.

Your goal when fading prompts is always going to be to get to independence. A student make get stuck for a while on one level of prompting, but don’t give up!! When I train staff I always ask them, “Do you want to follow this student around for the rest of your life giving them this support?” If not, you better start fading!!

Be on the look out for ways that you are prompting without even thinking about it. For example, holding a student’s hand in the hallway. handing them their things to put in their backpack, opening containers, asking, “What do you want?” etc. It is also a good idea to ask other staff to observe and see if they spot any prompts that you might be giving without noticing. We all do it, so don’t feel bad… just fade it! 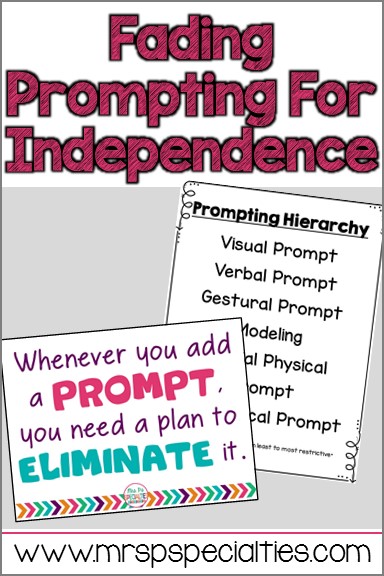 Today and tomorrow you can get ANYTHING in my stor

Writing doesn't have to be a student using a penci

Do you have staff working in your classroom that s