Being able to show other people kindness is an important life skill which is often very difficult for students with disabilities- especially students with autism. Here are some ideas for helping students to understand the concept and put it into action. 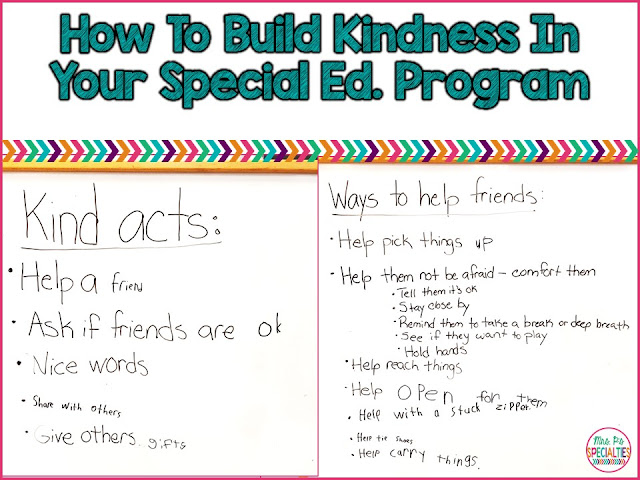 With my class, I brainstorm brainstorm and list what would be a kind act. With prompting, my students came up with the following list. We wrote it out on a white board and reread the list every time we added another act to the list. This gave up another opportunity to practice reading and writing. 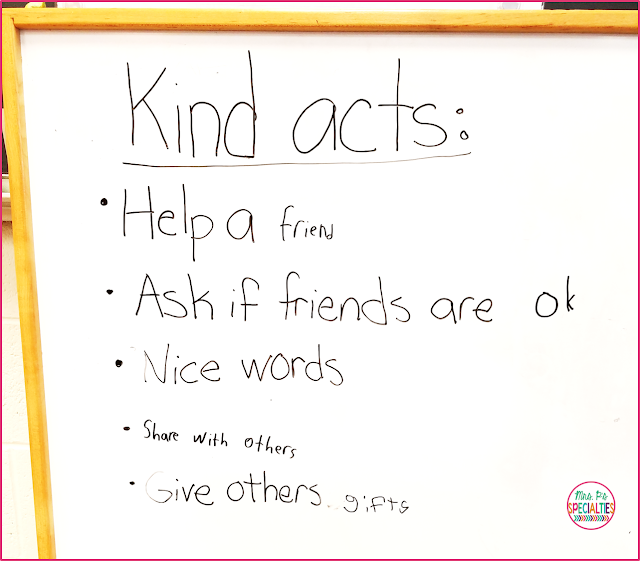 Then, we took each kind act listed and broke it down further. My students have had years of social work services, so many of them are able to spit back things they have been taught. What they couldn’t do was put it into action. We gave examples and acted things out to help everyone understand what we were talking about. 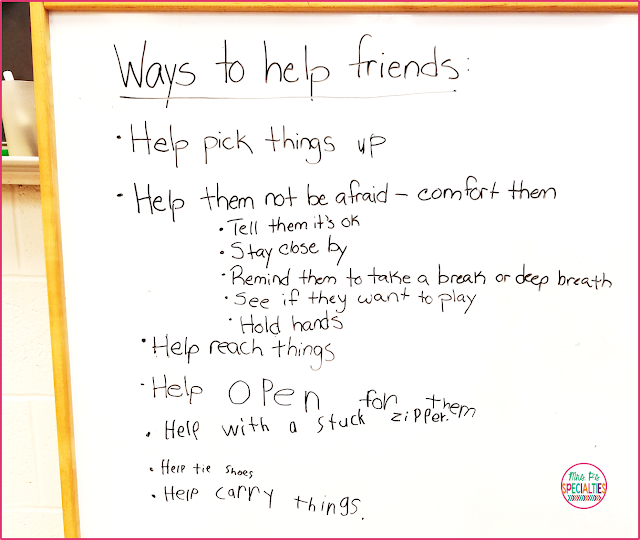 This helped students really understand what they needed to be doing to get a heart in the kindness jar… more on that later.  As you can see from the list above, students drew on experiences to make the list. For example, the zipper on one of my student’s jacket was stuck at arrival. He wasn’t able to get it by himself and was so thankful when someone helped him. Everyone in the class was there, so we were able to talk about the problem, how he felt and how the person who helped him felt. Good stuff! 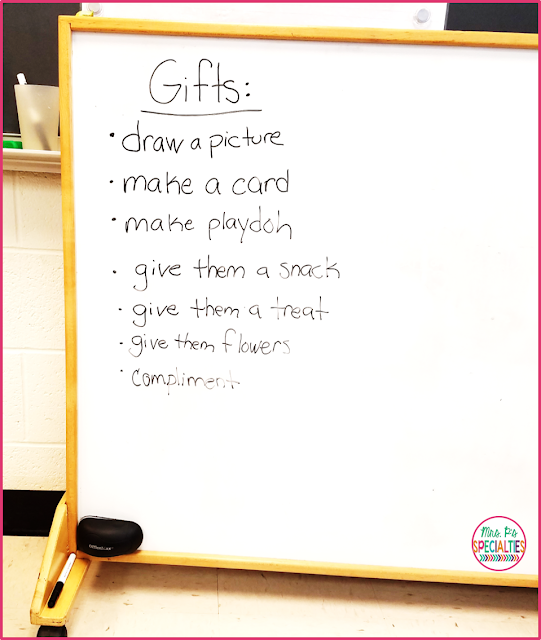 Another thing we are doing is making gifts for other classrooms in our building. We started this in December during the holiday season, but I want to teach them that we shouldn’t only be kind during the holidays! Kindness is an around the year necessity!! Click HERE to read more about what we did in December.
A few weeks ago we noticed that our students were having a harder time treating peers nicely… enter the kindness jar. I explained to the class that when we caught them being kind to a friend, we would put a heart with their name on it inside the kindness jar. Once a week, I pick a name out of the jar and that student gets a prize. I choose a prize or reward specifically for the student that won. 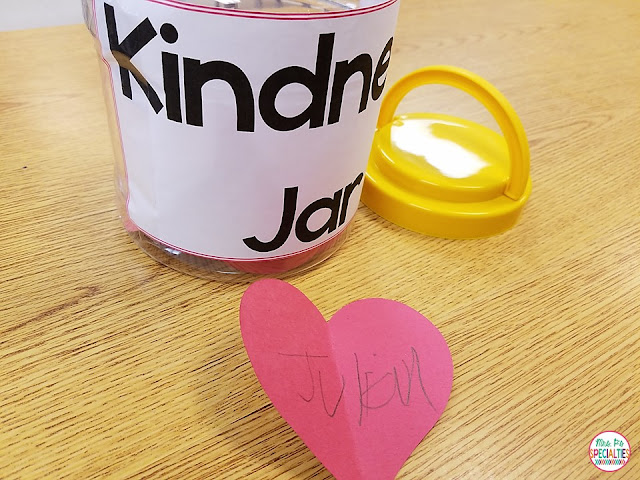 This student seriously LOVES music. For his reward, we danced to his 2 favorite songs as a class. He was thrilled!! And… not everyone in my class likes his favorite songs so they had another opportunity to show kindness to their classmate!

Make sure you are following my TPT store to snatch up the FREE kindness resource that will be coming soon!! 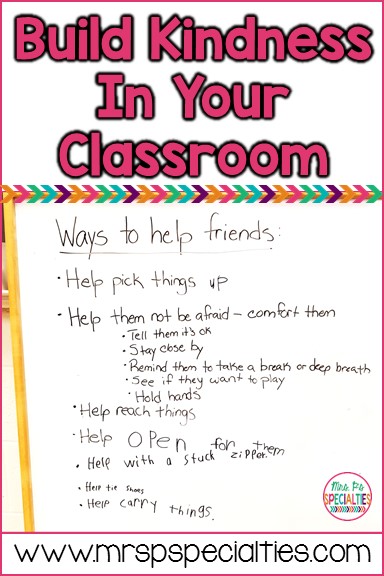 My students need LOTS of practice with yes or no,

These ask and answer activities have been really h

⭐SPED TIP⭐ Our work isn't done when they maste

Answering "Yes/No" questions is such a difficult s

This is one of my most favorite sped prep tools! I

When looking to design any behavior management too

Visuals are key in my classroom. We use visuals li

I love, love, love being able to work on combining

Any cookies that may not be particularly necessary for the website to function and is used specifically to collect user personal data via analytics, ads, other embedded contents are termed as non-necessary cookies. It is mandatory to procure user consent prior to running these cookies on your website.