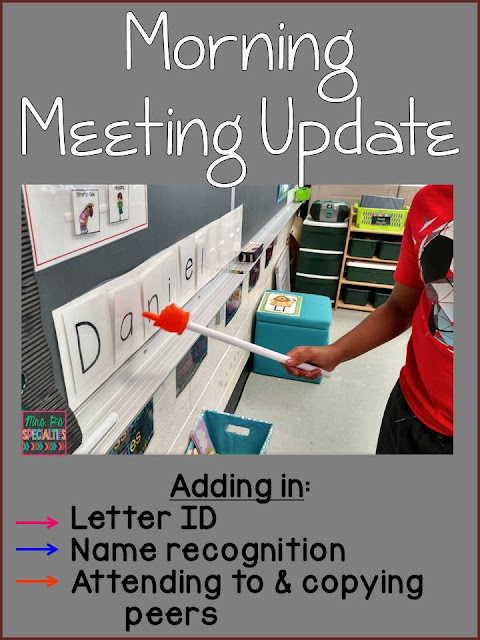 As I mentioned in the first morning meeting post, we work on names, letter ID and attending to peers during morning meeting. When I began doing this part of morning meeting last year we simply wrote names on the board. To add in opportunities to practice a variety of skills, we made some visuals to go along with it.
To make the strip that hangs on the board by magnets, we lightly outlined 10 index cards and numbered each box 1 through 10. Afterwards, we laminated the strip and added velcro. Next, we made the letter cards out of the 3×5 index cards we used to make the boxes.  Here is what it looks like when the student first comes up to the board: 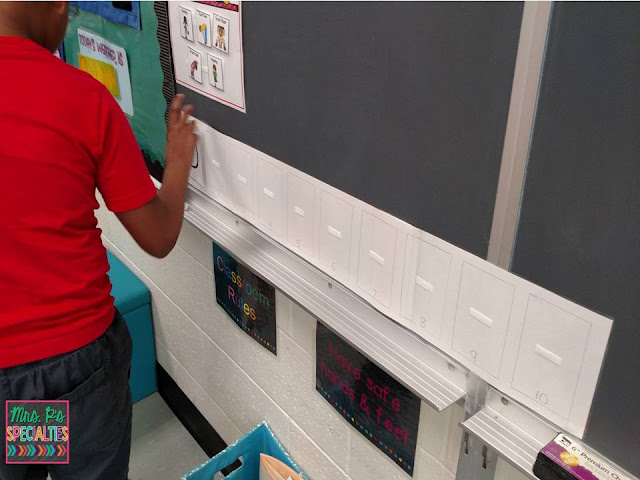 Once the student has been called up, he has to attach the correct letters in sequential order on the strip. This is where you can add in or leave out some skills depending on the needs and levels of your student. For example, if the student is still working on building and sequencing the letters in his name then I only put out the cards he needs (no distractors) to create his name on the board. If the student can already do that, then I add in some other letters. You can also put cards out two different versions of the first letter of their name. By including both the capital and lower case version you have created an opportunity to work on rules of names. 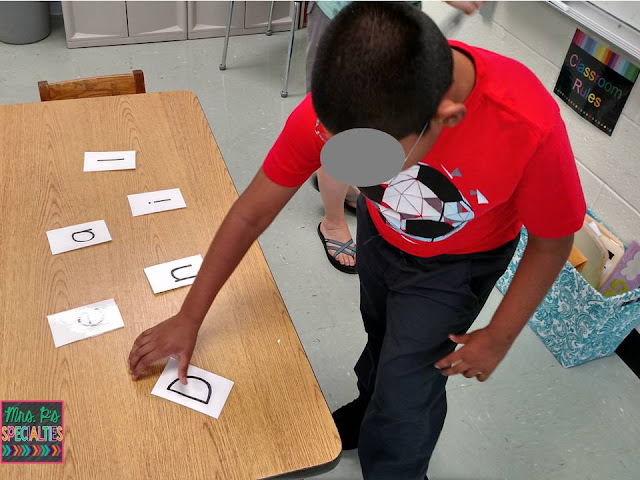 Another way to individualize is to put the letters in random or sequential order. This student isn’t ready for ditractors, but he is able to handle a random array of the letters in his name.
Once the student has created his name correctly, he gets a pointer and calls out each letter slowly. The rest of the class echos the letters he has said. For example, student leader says “D” while pointing to the capital D. The class then echos “D.” 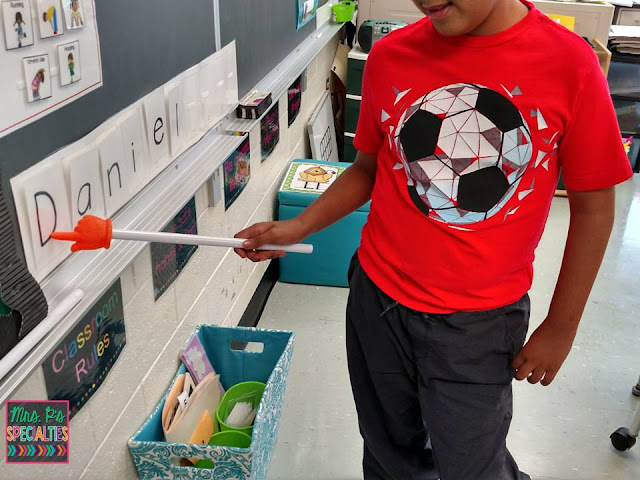 On a side note, you can add in a requesting trial by having the student request the pointer. Make it more challenging by requiring a request with an adjective.
After we have worked on echoing the letters in the name we switch to clapping the name without anyone pointing to the letters. This increases the rigor for attending. 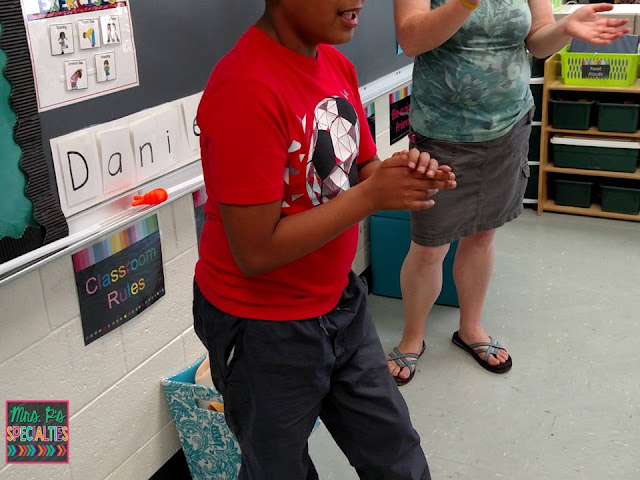 Once the student has returned to his desk, I generally ask another student who’s name did we spell. I’ll ask another student, “Where is ____?” to practice connecting the name to the child.
Other skills to add into this activity:
*Count how many letters are in the student’s name.
*Compare length of nickname versus full name. For example, how many more letters does Daniel have that Dan doesn’t.
*After counting how many letters are in your name, graph the results. Here is what our graph looked like: 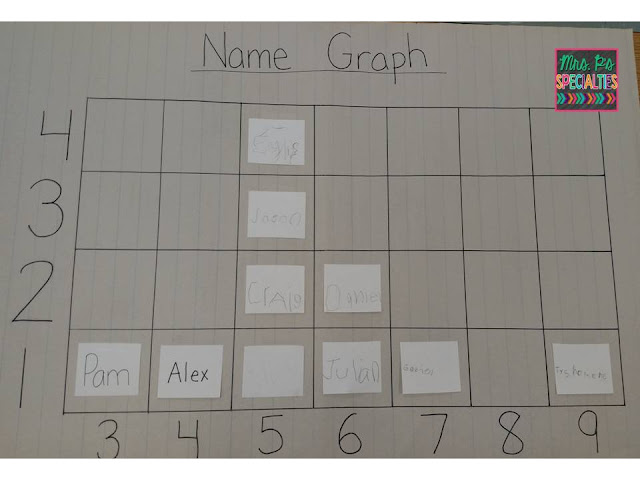 How do you practice names, letters and attending? We love reading your comments!
(Visited 248 times, 1 visits today)

One of the many FREEBIES in our resource library!!

Best feeling!! Can I get an amen?!?! #lifeofasped

Get a variety of 𝗙-𝗥-𝗘-𝗘 reading resou

😍😍 All the heart eyes for how beautiful our

Does it feel like you're drowning in everything th

Counting on from a given number is an important li