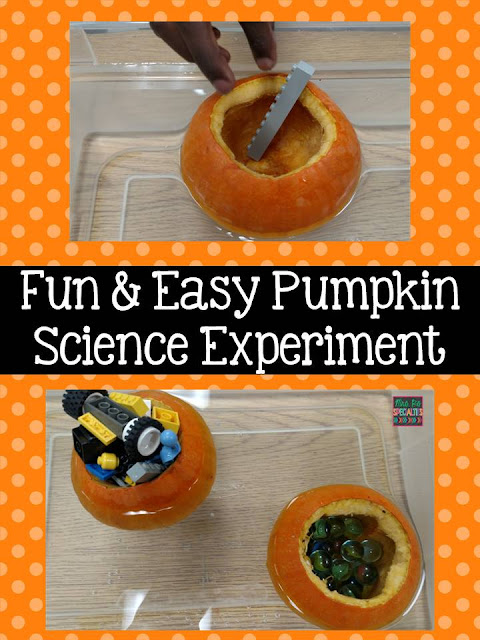 Are you looking for a fun pumpkin science lesson? This is it!!! We had SOOO much fun with this one. We used three mini pumpkins that we had cut open and scooped out the day before and a bucket of water. 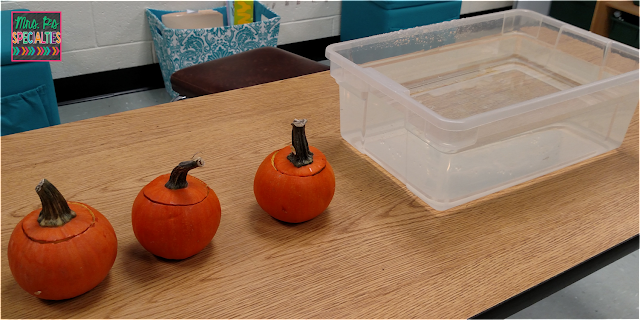 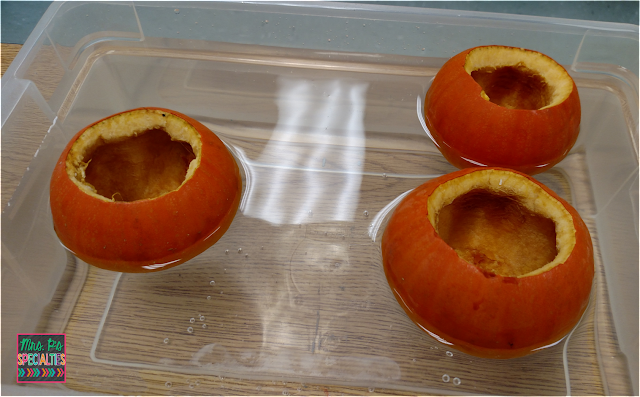 One of my kiddos who really thought the pumpkins would sink suggested that they only floated because we had removed the tops. We tried putting one of the tops back on, but the only thing that happened was the pumpkin floated on it’s side. 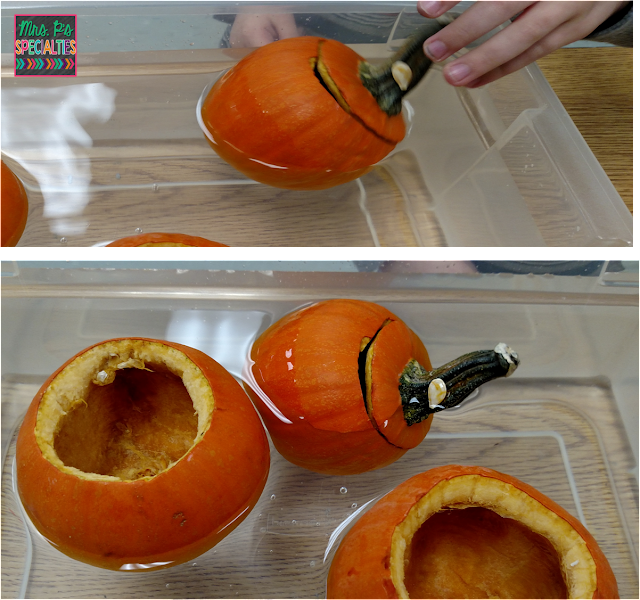 We also wondered what it would take to make the pumpkins sink to the bottom of the water bin. We began adding legos to one of the pumpkins to see how many we could put in before it sunk. 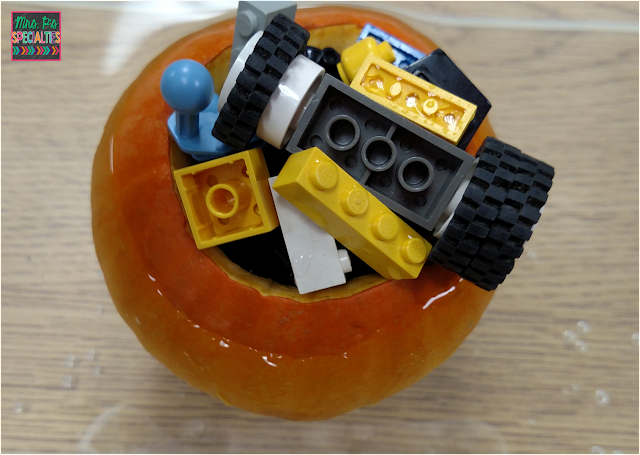 Turns out 21 legos will fill a mini pumpkin, but not sink it!!!
We tried marbles to see if the result would be the same. Who knew a mini pumpkin could float with 21 marbles inside of it?! 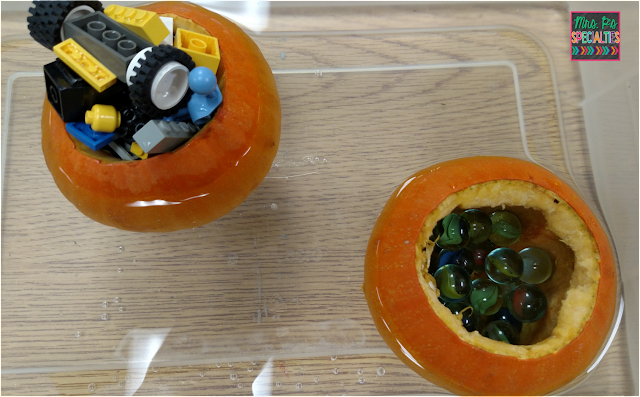 Well?? How many marbles will it take to sink the pumpkin?? 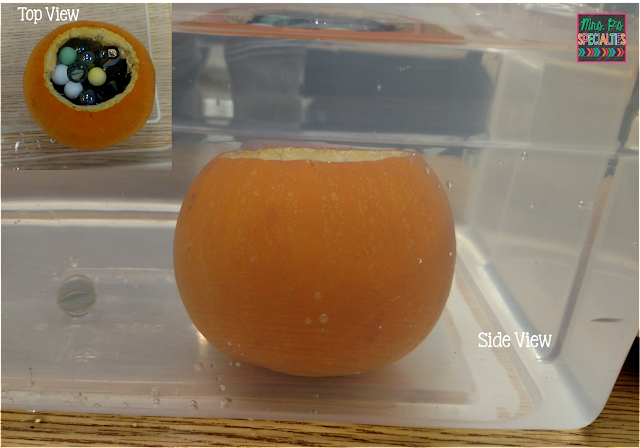 FORTY!! Forty marbles will push the pumpkin to the bottom.
Tip: When the pumpkin does finally sink it happens QUICK! It was floating just fine at 39 marbles and then suddenly at 40 it was on the bottom. Some of the students missed it, so make sure everyone is watching before you put the final marble in.
I would highly recommend doing this experiment with your class. My kiddos absolutely loved it!! 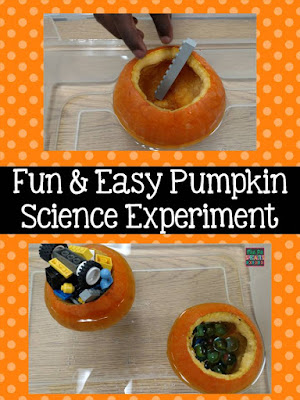 If you liked these task ideas, be sure and pin it for your teacher colleagues! You can find more ideas on  Facebook, Pinterest, Teachers Pay Teachers and Instagram.
(Visited 194 times, 1 visits today)

One of the many FREEBIES in our resource library!!

Best feeling!! Can I get an amen?!?! #lifeofasped

Get a variety of 𝗙-𝗥-𝗘-𝗘 reading resou

😍😍 All the heart eyes for how beautiful our

Does it feel like you're drowning in everything th

Counting on from a given number is an important li